Sport Psychology: The Zen of a Business Like Approach

How do the pros stay so cool under pressure? What are their secrets to approaching intense competition and practice week after week, year after year? No doubt recreational players have much to learn from professional athletes, but many of these take home lessons are more subtle and have to do with how pros psychologically address competition. With a doctorate in sports science and a career of tennis coaching all levels of athletes, the author has some unique credentials to help answer these questions.

It is easy to see that recreational players of individual sports are usually passionate, independent people. Sometimes too passionate! Those who approach an individual sport like tennis, table tennis, or racquetball often react too “black/white” to the outcome of discrete points. They show too much elation and too much disappointment before the end of competition. Getting pumped up after a good shot or key situation is fine, but this is often used excessively in recreational play.

The only point that is critical in individual sports is the last point. Until then, other points should be approached as part of the process of “negotiating” the contest. Finding the thousands of grey shades between the “black and white”, the good and bad perspective on performance, is actually practice in the Zen of competition and the “Business Like” approach of the pros.

In poker, when a player displays body language or posture that says, “I no longer think I can win”, it is called a “Tell”. At a poker table, tells convert to money. In individual sports, tells help adjust an observant players strategy from point to point, perhaps the rest of the match. For example, if you sense your oppenent’s outlook on the contest is wavering or becoming negative, unforced errors on your part may reverse that trend. A professional poker player is a great example of the proper approach to one-on-one competition. Let’s look at how thought patterns commonly progress during a match.

First, realize that almost every player walks onto the court thinking they will win that day. Generally, players have similar physical abilities, but on that day, one will convince the other they will not likely win at some point in the contest. Keep in mind, sports psychologists say “that day only” because statistics show that it is rare for one player to dominate the other in wins and losses over their careers.

If you don’t currently make a living playing sports, you are a recreational player and you have the “luxury” of thinking you have no chance against a particular person. A pro can’t afford to think that way because most are playing for meals and expenses. Some professional athletes may NOT start out treating competition like a business, but they quickly learn or get counseled, to make that adjustment.

A “business like” approach also includes respecting the ability of all opponents in several ways. First, your opponent’s excellence, or just effort, is responsible for your improvement. The better they play, the better you must to win. It is a fact of human psychology that losses are more motivating to your practice effort, thus improvement, than wins.

Second, it is critical in a “business like” approach to resist the temptation to find excuses for your loss. Remember that nearly everyone come to competition physically “dinged up” in some form. Rarely do players feel perfect. Therefor, accepting defeat from another imperfect but worthy opponent, without hiding behind excuses, shows strength of character. That is the Zen of acceptance of competition’s very nature. This takes mental practice to catch yourself going off track.

Again, if you lose, even just a point, PRACTICE giving your opponent credit at all times for playing a role in that. Often tennis students ask, “but my double fault isn’t THEIR responsibility is it?” The answer is actually that it is. Their existence puts competitive pressure on your serve. In football, they now count what is called “Pressures”. It is the perception that the quarterback felt an approaching tackler that caused him to misfire. It is the same in individual sports.

The ultimate respect for one’s opponent is a central tenant of martial arts as exemplified by the training of Shaolin Temple monks. For thousands of years great ritual and honor is given to the opponent, who represents our own internal struggle. That is the Zen of battle.

The pros also know that giving your opponent credit takes pressure off your own performance. Self deprecation, angry displays at one’s own performance, essentially makes the competition two players against none! The business approach is to make your opponent play great to win as often as possible. If they can do that, they deserve to win.

It is also “business like” to mentally PRACTICE treating your opponent as just another witness who is watching to see how the drama will play out in this match only. In other words, a “short memory” allows you to leave past results where they belong so they don’t influence future events. Can you do this for the next point and the next?

Between points is the time to plan strategy, assess how your opponent is playing/feeling, what tendencies are unfolding, and how you will construct the next point BUT, it takes practice to avoid generalizing about how you are going to play that day or how often your opponent has beaten you. The Zen of this is to merely observe these negative thoughts and let them pass. With practice they will lessen just as distracting thoughts lessen as meditation becomes more skilled.

The truth is that human performance between two closely matched talents in a complex sport actually “splatters” like a modern artist throwing paint toward a canvas. It is different every day like a kaleidoscope, with only tendencies to predictability. This perspective will help you become less judgmental about your own performance, a better competitor, and more appreciative of your good fortune to have such recreation. Gratitude for the amazing chance to “play” is also Zen.

It is very important to use Sports Nutrition Supplements for the guys and girls who are participating in sport activities. Shaklee sports nutrition products provides 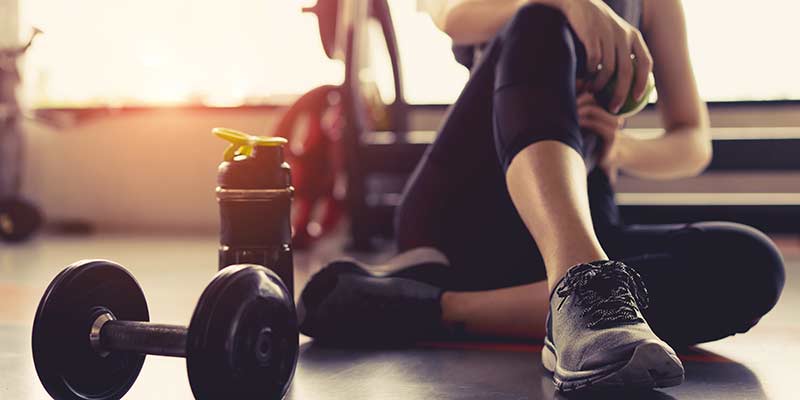 It is extremely crucial to use Sporting activities Diet Health supplements for the men and ladies who are taking part in sport actions. Shaklee sports

We use cookies on our website to give you the most relevant experience by remembering your preferences and repeat visits. By clicking “Accept All”, you consent to the use of ALL the cookies. However, you may visit "Cookie Settings" to provide a controlled consent.
Cookie SettingsAccept All
Manage consent

This website uses cookies to improve your experience while you navigate through the website. Out of these, the cookies that are categorized as necessary are stored on your browser as they are essential for the working of basic functionalities of the website. We also use third-party cookies that help us analyze and understand how you use this website. These cookies will be stored in your browser only with your consent. You also have the option to opt-out of these cookies. But opting out of some of these cookies may affect your browsing experience.
Necessary Always Enabled
Necessary cookies are absolutely essential for the website to function properly. These cookies ensure basic functionalities and security features of the website, anonymously.
Functional
Functional cookies help to perform certain functionalities like sharing the content of the website on social media platforms, collect feedbacks, and other third-party features.
Performance
Performance cookies are used to understand and analyze the key performance indexes of the website which helps in delivering a better user experience for the visitors.
Analytics
Analytical cookies are used to understand how visitors interact with the website. These cookies help provide information on metrics the number of visitors, bounce rate, traffic source, etc.
Advertisement
Advertisement cookies are used to provide visitors with relevant ads and marketing campaigns. These cookies track visitors across websites and collect information to provide customized ads.
Others
Other uncategorized cookies are those that are being analyzed and have not been classified into a category as yet.
SAVE & ACCEPT